I write this blog, but I also write books. A shit ton of work goes into them, creating characters, bringing them to life, deciding what you’re going to remove/change after the first draft (and the second and the third…). Then are the costs of hiring an editor (it’s the smart move), a graphic designer to create your cover, blog tour coordinators, the cost of printing books, having merchandise made up, fees for signing events (Yeah, we have to pay them), travel expenses.

Part of the proceeds from my day job go to supporting my writing habit (because it sure as shit isn’t supporting me. Yet)

People have a notion of published authors that’s about 20-30 years behind the times: “Oh, look. She has a book out. She must have gotten a big fat advance check from a publisher because look- there’s her book.” Everybody knows that if you’ve published a book (or been in a movie or put out a CD) that you must be rich because ‘all of those people are so wealthy. The money just walks through the door every day.’ 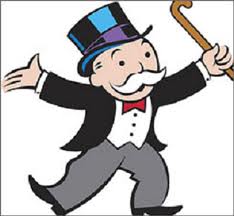 No, actually, it doesn’t.

The publishers have become extremely cautious (buyouts by media conglomerates and having MBAs running the joint instead of editors and writers will do that). I had a sheaf of rejection letters to rival Snoopy’s (Snoopy had a big pile of them). Nothing published. Then, self-publishing became affordable for individuals like me and the social media made publicity free/cheap/affordable. I haven’t sold a lot of books yet, but that’s in the works.

Have you ever bought an article of clothing with the intention of wearing it once, then returning it for a full refund? Yeah: we have that issue in e-book publishing. People buy a book on Kindle, read it and request a full refund from Amazon. The end result is that $1.98 in royalties that I had earned (and folks? Sometimes that’s IT for weeks) gets taken back. And claiming “I bought the wrong book” or “I didn’t like it” kind of rings hollow when you have a  Goodreads bookshelf titled “Bought and Returned Books” and there are 836 titles on it. I shit you not; there are people who are not only sociopathic enough to do this, they’re also FUCKING STUPID enough to mark a bookshelf as such. Really? This is the Information Age. They found Bin Laden. They found Richard III. Shit, they even found Waldo: do you really think your dumb, thieving ass is safe? 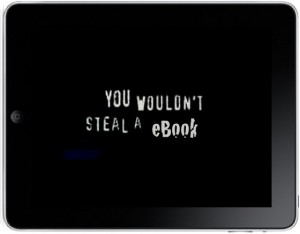 I belong to several independent author groups on Facebook and one of the other members had her book go “live” (available) on Amazon and within 5 hours, it had been pirated. 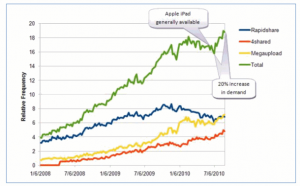 Not cool. We who actually do the work are losing money.

I graduated from a law school that specialized in intellectual property law: patent, trademark, and copyright (DING DING DING). While I was not in the IP program, I am still tight with people who were not only in the program, but top of the freakin’ class. I don’t buy/use/view pirated DVDs (and have dropped dimes to Disney, Amazon, and MGM on those who have tried to pass off pirated copies as the real deal. Done the same with people selling fake Vuitton. Did I get a free Stephen Sprouse Speedy as a “merci’ from Vuitton? Non) The prevailing attitude is that “it’s no big deal.” Why? Because people think that if you have a published book, music album, or a video on Youtube, the Mississippi River of money (and yes, I did the thing in my head to spell Mississippi correctly) is flowing into your house.

It’s theft. The “buy and return” is theft by deception aka FRAUD. The conventional wisdom is that it’s nearly impossible to win a fraud conviction because you have to prove intent. I’d call a Goodreads shelf marked “bought and returned” pretty hard evidence of intent. (And these fucktards give high ratings to the books they read and return). 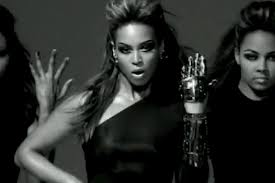 And Beyonce would NEVER “buy and return.” 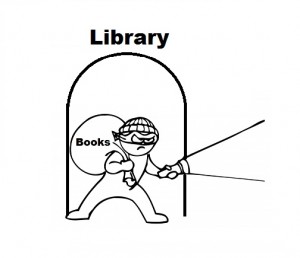 We’ll get to this in a moment.

Let’s say for a minute that you are a salesman. Your pay is on commission; in order to get paid, you have to sell. Houses, cars, CLOTHING (looping back to “buy and return”). Your compensation for your time and effort for the employer is based on how productive you were in bringing money in the door. Here’s the thing: that dress that you sold two days ago? You WERE getting paid for it. That is you WERE until the shitweasel brought it back for a refund. Now, it’s deducted from your pay. The pay that you worked so damned hard to earn. And if enough people do it, you have worked  for free.

How does it feel? Let’s see you pay your light bill or put gas in your car with $0 pay.

Bottom line, if you “buy and return,” you are a douche bag. Oh, I’m disrespectful? To someone knowingly and intentionally committing fraud? FUCK YOU.

When you buy and return, you are stealing. It’s fraud. And, in this age of electronically stored receipts and people eager to tell you everything about themselves, it’s no longer so difficult to prove if you’re a repeat offender (I cannot get over the person on Goodreads who is so fucking dumb as to mark a shelf “Bought and Returned.” AND SHE’S NOT THE ONLY ONE!!!!!) 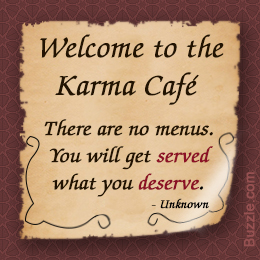 Look, you want to read a book for free? Get a library card. And they lend…(wait for it)… e-books.

Got an Amazon Prime account? You can borrow from the Kindle Lending Library for…FREE (the authors still get paid something). In fact, watch Amazon’s Kindle Store because free downloads are offered every day.

Watch Facebook for people promoting books and look for blog tours and GIVEAWAYS. Hell, in those Rafflecopter giveaways, you can win Kindle Fires, bracelets (I have to fix them first), autographed copies of the featured book, e-books from other authors who donate.

Join Goodreads and enter every giveaway on there: even the heavy hitters like Michael Chabon, J.K. Rowling, and Dan Brown offer books in Goodreads giveaways.I OFFER BOOKS IN GOODREADS GIVEAWAYS. GIVE-A-WAY, as in “you don’t pay for it.”  It’s called PROMOTION.

You don’t have to be a lying,  thieving douche bag because karma will bite your ass. 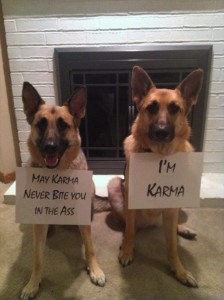 One thought on “No, It’s Not Okay”