At some point in 2015, I was optimistic enough to sign up for Deep in The Heart 2015, a group author signing event in Austin, TX on February 7. 2015. It was far enough in the future that I figured I could get the money for a plane ticket and hotel, etc. in time because surely, I would have a REAL job shortly. 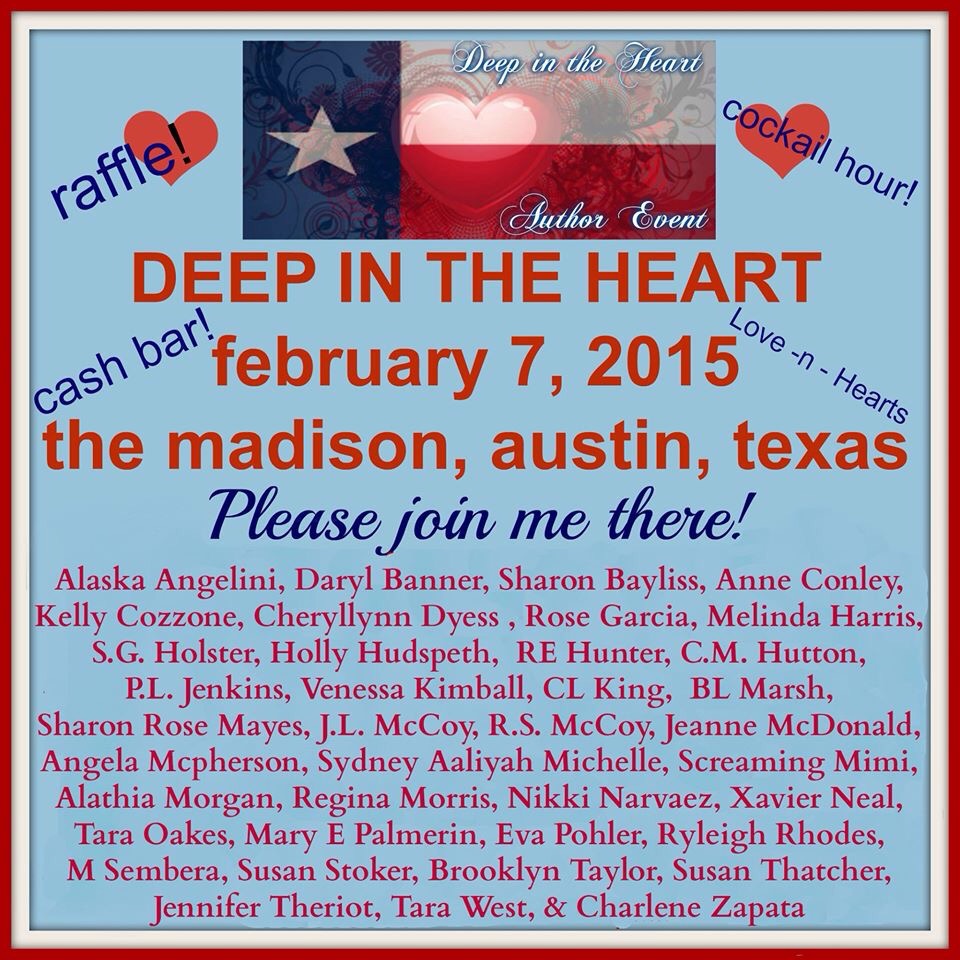 A great friend from high school donated airline miles and I had a fund raiser to for this and to fix my car. The car got fixed. Hotel, ground transport, etc? Not so much. People were generous. They will be acknowledged and thanked by name in the next book.

My heart is heavy.

I am fighting other battles (of my own creation, so I can’t bitch). I don’t know if I’ve hit the bottom and I’m about to start rising or of I’ve hit bottom and I. Stuck.

I’m no angel. Against my better judgment, I’ve let fear drive the bus and I’ve done some stupid shit that I’m paying for now (literally). I was counting on timing and providence to help me make this weekend happen. For once, they didn’t.

Maybe for the best. I have the same two books that I had t the end of 2013. Maybe this is the Universe’s way (or God. I’m not sure what’s out there, but I know we’re not alone) of saying, “Look, Kid. You need more material before the publishing houses see you. What you have is good, you just need to show you have one in the chamber.” Someone somewhere said the best marketing tool for your last book is your next one.

Like I said, I’m no angel. Because I’ve screwed up in credit and financial matters (and according to my research, I am not alone), I’ve learned a lot of shot the hard way. But I’ve learned it, fought successfully because I’ve learned, and I’m putting together materials to reach others. Everybody deserves respect Md dignity until they prove otherwise.

So, no Austin this weekend. Dream deferred (any town who wants to be weird, I need to go there).