PLEASE READ THE FOLLOWING CAREFULLY: THIS IS A RAW SAMPLE FROM A WORK IN PROGRESS CALLED “THE BALDIE CHRONICLES.” IT IS NOT YET PUBLISHED. IT IS NOT YET FINISHED. (PROTECTED, THOUGH) THE COVER IS SOMETHING THAT I THREW TOGETHER ABOUT 5 MINUTES AGO. I AM ASKING FOR COMMENTS, THOUGHTS, OPINIONS, WHETHER OR NOT YOU ARE INTERESTED. IF YOU READ, PLEASE LEAVE A COMMENT. THANK YOU. 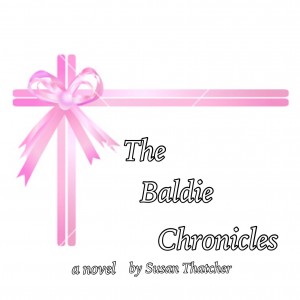 One thought on ““Baldie Chronicles” Sample”