I am part of the Goodreads* Author Program. I posted a question in the Author Feedback group today: how do you procrastinate. By the way, a lot of the answers concerned Facebook, Pinterest, patting dogs, online shopping (uh oh)  and reading blogs (like this one. More people should read this blog). Mine was “scrubbing grout.” It’s an ongoing project and a good mindless task. Done right, by the end of it, you can think through and solve problems in plot, character development and dialogue. And have clean grout. 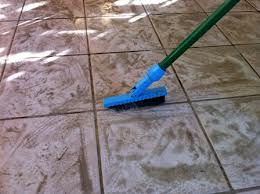 Scrubbing grout had worked for me solving a couple of language problems. If you saw Monday’s post “‘Tis Pity You’re an Inarticulate Moron,” I told two stories about how two Alex Rodriguez supporters had taken offense to something I’d written about their hero and they’d both called me “whore” in an attempt to inflict a wound/silence me and I had written about the choice of the term with respect to gender politics.

Back when I was writing These Foolish Things, one of the pivotal scenes was one where Ty Hadley. Elizabeth Gardner’s love interest, was trying to convince her to let him see her naked. “You are beautiful to me,” he says.

Well, I had him say it initially.  But it bugged me. I didn’t know why. Another cup of coffee didn’t enlighten me and I knew that any more would have led to jitters which are NOT conducive to solving problems in writing. I dug out my rubber gloves and the scrub brush and set to work solving the problem. And cleaning a bathtub.

I suppose this is a Zen kind of method of solving a problem; solve it by not trying to solve it. My theory is that while you’re focused on the mindless activity like scrubbing grout, part of your mind has called a meeting like Ed Harris in “Apollo 13.” 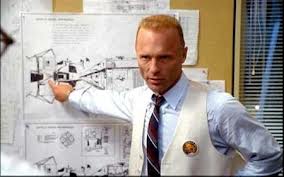 Gene Krantz tells the assembled neurons and synapses that failure is not an option.

While the writer goes on a grubby grout search and destroy mission (and the more stubborn patches become a point of resentment. They may even get names and show up as antagonists in the book), Ed Harris and his committee are solving the problem of getting your language all the way back to Earth without it burning up in the atmosphere. (Wow, that was blended).

In this case, just about the time that I was bearing down on that one patch I had named “Bucky Dent” (If you know Red Sox history, you know the reference), the answer came to me:

I had a man who was in love with this woman qualify his declaration of love by saying, “You are beautiful TO ME.”

A ha! Two words. Two common words and they undercut the sentiment, even if I did have Joe Cocker singing in my head as I wrote it.

(Stick with me, folks; We’re going down the rabbit hole) Those two words implied that although he thought Liz was beautiful, other people might disagree. “To me” says “Although I have said this thing, I have considered the possible judgment of others and acknowledge that my assessment may be inaccurate.”

No. No no no; if a man is IN LOVE (capital letters), he is not going to consider what someone else MAY or MAY NOT think about his love and whether they’d agree with him. Let’s be honest; they’re men and as Robin Williams has said, “God gave men a brain and a penis and only enough blood to operate one at a time.”  A man, in love, is going to say, to think, to feel, “You are beautiful.” End of discussion.

So I washed Bucky Dent down the drain, took off the rubber gloves and removed those two words. And when I looked upon what I had done, I saw that it was good.

I am currently writing the prequel to These Foolish Things, The Baldie Chronicles. (so far, 51 pages, 17,671 words. However, given the compression rate I experienced with At Last, this would probably work out to about 5 pages. Yes, I am still that bitter). Our heroine, Liz, is confronting someone who doesn’t like her relationship with Millie Wentworth, Liz’s best friend and soul sister. The antagonist has asked, “Who is she, your lesbian lover?”

I started with Liz snarling at the woman, “How dare you insult my guest like that?”

Well, wait a minute. Something there isn’t sitting well. Where are the rubber gloves?

As the floor got my attention (and a particularly dirty section of grout I named “Alex Rodriguez”), Ed Harris and the rocket scientists were working away on solving the problem.

They told me: “Why would being called a lesbian be an insult?”

That one made me stop what I was doing.  The antagonist may look down upon gay people. She is certainly angry at Liz and at Millie, who seems to be getting what she, the antagonist, wants (and no spoilers just yet). However, the thrust of the remark is directed at someone she considers an outsider to the family interfering with what she (okay, fine, it’s Liz’s Aunt Melissa Raymond) thinks should be hers.

Liz Gardner is a decent person who just doesn’t give a tinker’s damn about someone’ race, ethnicity, sexuality or religion. This being the case, then, why would she support the notion that calling someone a lesbian is an insult? It’s no more an insult than calling someone from Texas an Oklahoman; it’s a misidentification and not an insult unless the receiver makes it one. Or the friend of the recipient.

In the present case, well, this is how I resolved it:

“No, Elizabeth. Your uncle and I are baffled at your actions over the past few months and we demand answers. What the hell is going on?”

Liz took a deep breath and exhaled slowly. She looked to Millie for a moment and Melissa caught the look. She pointed at Millie.

“Her? You’d cut out your own family? What is she, your lesbian lover?”

Liz walked over to Melissa and grabbed her arm. “Out you go.” She tried to pull her to her feet. Melissa refused to budge.

“I am not going anywhere until I get answers.”

Liz lost her temper. “Look, Lady, and I use that term loosely. MY finances, MY estate planning, and how I use MY possessions are none of your goddamn business, do you hear me? You have been undeniably rude to my guest, who is the closest thing to a sister that I have…”

The change calls Melissa out on her behavior, but doesn’t support the idea that calling someone a lesbian is an insult. Because it’s not.

Score another point for the grout.

*If you are a reader, I strongly recommend joining www.goodreads.com. if you haven’t already. It’s a social network site for readers and authors. I have a giveaway of my book, These Foolish Things, going right now.  I am offering 10 autographed copies and so far, 332 people have signed up. The odds are (my apologies to The Hunger Games) pretty much in your favor.