There will be an Imaginary Conversations, Part II, just not today. I am venturing into new territory with a racy/naughty/sexy short story with humor. I haven’t written a short story since Margaret Edwards’ Creative Writing class at UVM (Go, Cats, Go, except they got put up against Purdue in the first round of March Madness this year and were quickly gone. Basketball is a religion in Indiana. Whattayagonnado, ya know?) in 1981. Okay. 36 years between short stories (the two things I sold to Playgirl don’t count because they were short. Wicked short. And those were over a decade ago). That’s a lot of rust. Anyway, since I want this to be ready to offer as an e-book for Book Obsessed Babes (Jacksonville, FL April 8. I STILL HAVE 2 GENERAL ADMISSION TICKETS!!!!), I need to focus. This story won’t write itself – the computers haven’t gotten that smart. Yet.

Speaking of upcoming short story, just remember the names “Patti” and “Ed.” Okay? Patti and Ed. Trust me, they are very busy imaginary people. The word count right now is 3379. How many in the final? I don’t know; it will take as many words as it takes to tell the story. I will say things are getting interesting.

I know I’ve promised you Liz Gardner’s story before Ty came along, and “The Baldie Chronicles” is under construction (and has been for some time), but it’s been fighting me tooth and nail. That’s the way it is with creative things; sometimes you are so inspired that you can work on a project for days and weeks on end, like Jack Kerouac and “On the Road” (although there may have been some drugs involved to make that happen), or sometimes, the Muse abandons you in favor of less difficult company (I can be a pain in the ass, I really can) which you end up envying when THEIR book soars to the tops of the charts and gets a big fat movie deal while you sit at home in your yoga pants with the big run in the butt and envy oozing out every pore. (You know damned right well your book is miles better if only people would read it, but that would involve getting out of the yoga pants and it’s almost time for “Diners, Drive-Ins, and Drives” anyway. Not to mention you THINK you may win the next Spider Solitaire game). Listen to “Luck Be A Lady Tonight.” Inspiration is as fickle as Lady Luck.

Luck Be a Lady Tonight (Like you can do better than Ol’ Blue Eyes?)

And that’s giving me ideas for another short story.

And finally, I want to offer 2 (two) General Admission tickets to Book Obsessed Babes in Jacksonville, FL, April 8 at the Omni Hotel. Trust me, Sheer Bliss Events puts on a great event.

I have to go see what Patti and Ed are up to.

I got a very pleasant surprise this morning: the Authors Database named me and my books to a “Must Read” list. 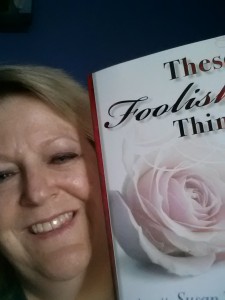 I have gotten only one bad review and that was from a guy who thought he was buying something else. Yeah, I don’t have as many reviews as J.K. Rowling (who I admire even more for her brilliant tweets), but only one bad one is pretty good.

Life, the Universe, and Everything (we’re not far from the Deep Thought computer that Douglas Adams envisioned) seems to be hell-bent on seeing how badly I want to write something. I sat down to write a short story (which – are you listening, Life? – I want to have completed to offer at Book Obsessed Babes in Jacksonville on April 8) .

One paragraph, one. One lousy paragraph and suddenly, I’m up to my armpits in other things demanding my immediate attention. This happens every bleeping time I sit down to write something new, I swear to God. One time, I powered through it and just hunched over my keyboard hammering away…

My computer died. And it died before I could upload the manuscript to a cloud and work on it from another device.  It took a year and a half before I could buy a new one (it was the lean times).

Life is a bully. Straight up. “Ooh, can’t reach your manuscript! Hey, your phone’s blowing up! (once, literally) Ah, look at that; you have to move. Poop emoji (Like is a bully fluent in modern hieroglyphics). Nice story you’ve started. Shame if something happened to it.“ 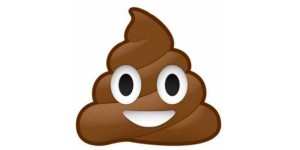 I hear from other authors that Life is equally mean to them at such times, sometimes in far worse ways.

So, Life, here’s the deal. Like it or not. I’m writing. You are not going to interrupt me. Got it? Go bug a sculptor or a stripper or someone doing a poetry slam. I’m busy. 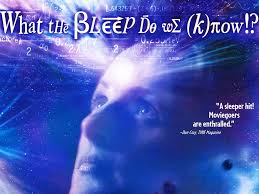 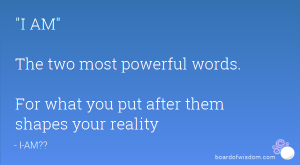