This is the fourth post in a series that examines the stories behind the characters in “These Foolish Things’, such as their back story and the inspiration for them.

This will be, by far, the hardest post to write. Second hardest comes next.

Millicent Wentworth (Millie) is Liz Gardner’s best friend. They’ve known each other since college, played their school’s softball team, have had each other’s backs for years. Basically, Millie is the sister Liz never had. While Liz went into an office job straight out of college, Millie continued her education, graduating from law school and working on patents. Liz was studying humanities while Millie studied mathematics and computer science. Millie has no problem telling Liz when she’s acting like an ass, but she’d take a baseball bat to anyone else who went after her friend because she knows that Liz will do the same without question. Loyalty, determination, and a warm heart are what characterize Millie. One of her favorite expressions is “Good friends help you move. Best friends help you move bodies.” Angie DinNardo accepts Millie as one of “her kids” and by extension, Milkie’s boyfriend, John Reynolds, an assistant prosecutor. This means they both get hugs and head snacks from the DiNardo matriarch.

If “These Foolish Things” had been made into a movie in the 1940s, this would be Millie: 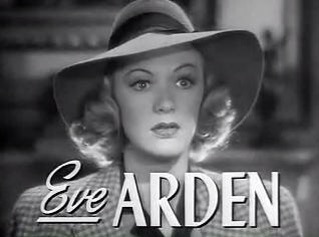 (I love Rosie?. Her “Heartfelt Special” that just started airing on HBO is vintage Rosie O’Donnell standup. She lost her mom to breast cancer and her involvement in fund-raising is part of the reason I got involved. If you don’t like her, oh well)

Currently, who would I cast? No freaking clue.

Millie is based on Nancy Kurrelmeyer. She was my soul sister (she had a sister of her own, I have two sisters). This is the two of us at UVM’s Oktoberfest in 1979: 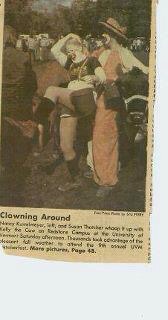 (The only time in my life I’ve ever been described as whooping it up with a cow. The caption is backwards; Kurly had the full-on clown costume. I talked her into doing this)

Kurly studied mathematics at UVM and earned a Masters from Ohio State. She was smarter than I am, knowing enough to get into computer science after graduating. She came from a family of scientific minds; her grandparents were physicists and her dad was a highly successful attorney (and called me his “Deputy Daughter.” She was an honorary member of my family, too. She was tech support for my mom and felt at home quarreling with my sisters. She was an invited guest for the landmark birthday and anniversary parties)

Millie’s love of hiking in the White Mountains is pure Kurly. They were her playground. By the way, she approved of Millie (but I made a mistake in naming Millie’s man John. She didn’t care for the name, but she liked the character). We did drive over the border into Canada a couple of times to get Brador beer at the duty free shop. Back in the day at UVM, when the legal drinking age in Vermont was 18 (which was a draw for the out of state party hearty students), Brador runs were a regular occurrence. We were continuing the tradition.

Kurly was also a writer. She wrote some truly haunting poetry and a series of spy novels (which is where I got the idea she liked the name John). As I wrote “These Foolish Things,” she held my feet to the fire to finish the story, reading sections as I finished them and essentially editing on the fly for me. I did the same for her and her books.

Where Millie was a champion softball pitcher, Kurly was a golfer. She used me as a hundred yard marker more than once. And she did offer to take a 9 iron to various people on my behalf. That’s what friends are for. At the same time, our conversations with each other had a pretty high “Fuck you” content (said affectionately). On the other hand, each other’s triumphs were celebrated with “AWRIGHT!!!”

When I was in New Hampshire for law school, I gave her a key to my house and I could come home from school to see her car in the parking lot, her shoes by the front door, her stocking feet on my coffee table and “The Peacemaker” on my VCR.

We walked together in the annual Making Strides Against Breast Cancer  5 mile walk in Boston. The first year, she pushed me in a wheelchair because I had managed to sprain my foot pretty badly the week before. The last time we did the walk together, she pledged $100 per mile if I didn’t say a word the entire time.

And now we come to why this particular post is so difficult.

In early 2002, shortly before I moved from New Hampshire to California, Kurly was diagnosed with breast cancer. The surgery to remove lymph nodes was successful and she underwent treatment. Usually, if I called her, I got voicemail. On. January 31, 2003, she picked up the phone. We talked for a couple of hours about all the stuff we loved and everyone else considered weird or odd (“Fuck them”).

February 1, 2003. I can still hear her sister’s voice on the phone saying, “Sue, um, Nancy died this morning.”

A day hasn’t gone by that I haven’t missed her. As is only right and proper, “These Foolish Things” was dedicated to her memory. And she will live on in Millie Wentworth.