I love hummingbirds. I love cats. Sadly, though, the two do not mix. 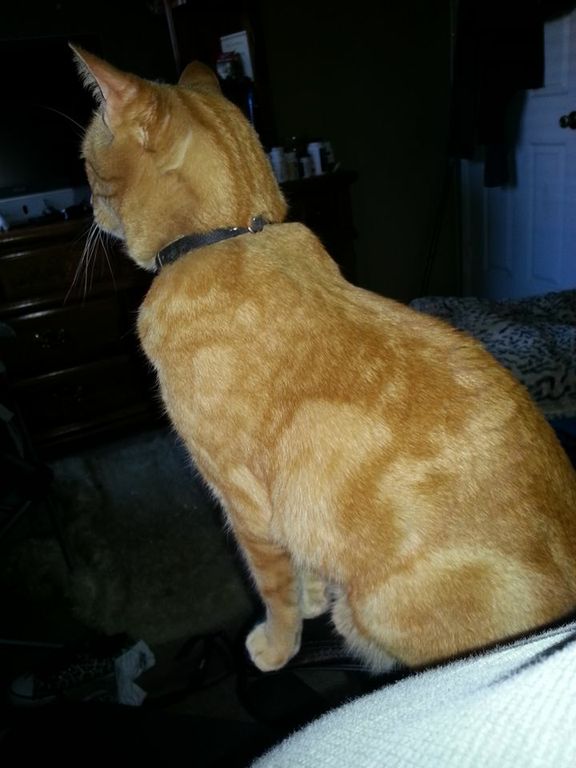 This is Tiggers. He is a cat. He takes it seriously. 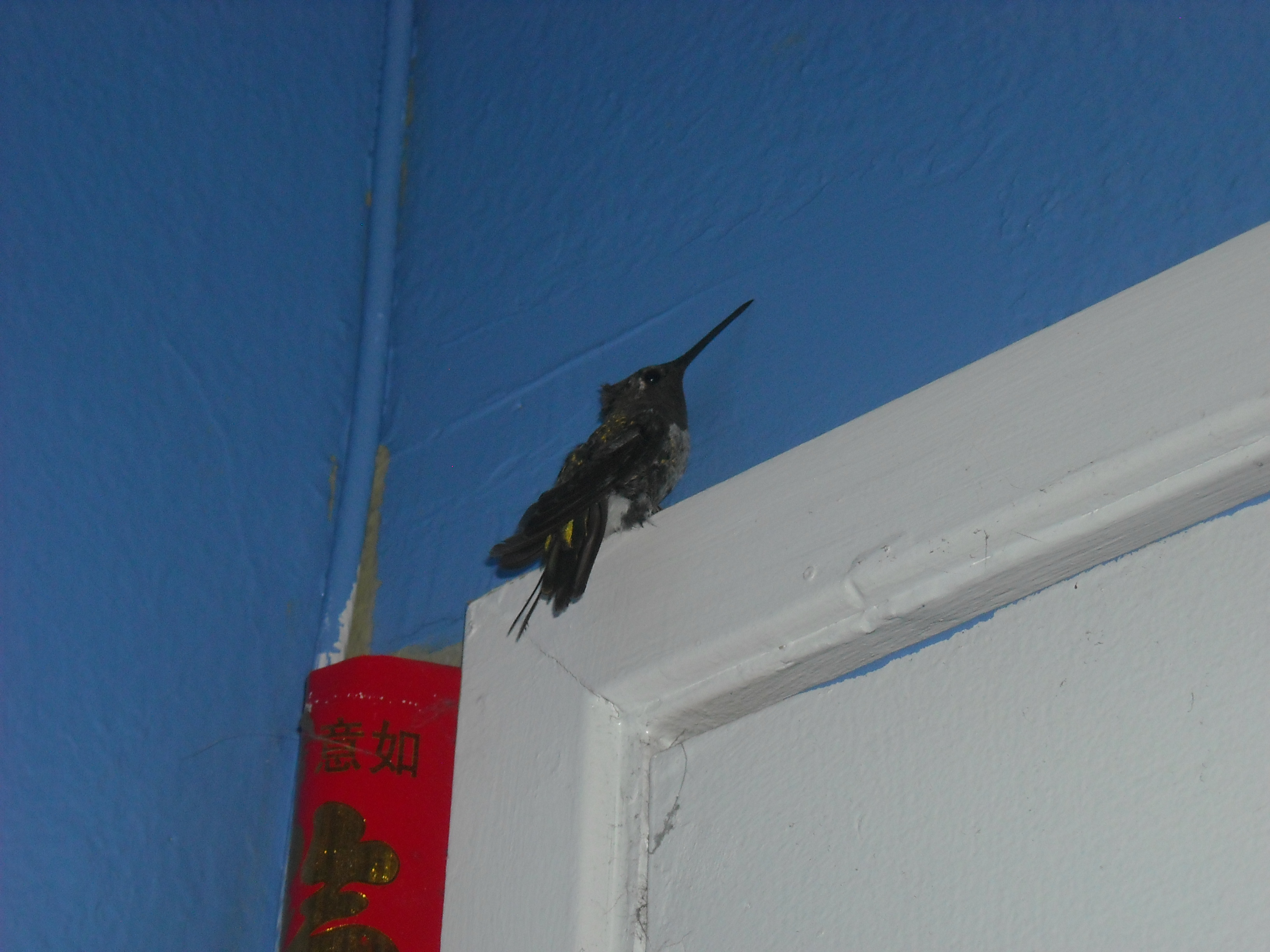 His name is Calypte anna or Anna’s Hummingbird.  I may start calling him Evel Knievel.

Exhibit A has been trying his best to make a snack (albeit like eating a single Tic Tac level of snack) of Exhibit B.

On June 1, Exhibit A knocked Exhibit B off the hummingbird feeder in an assassination attempt. Humans interfered and Exhibit B made a stunning entrance to a birthday party (mine) and eventually flew away.  I though that was the end of it.

You may be thinking Sylvester and Tweety. Too obvious. No, given the intellectual levels and luck going on, we’re talking more Wile E. Coyote and the Roadrunner.

Apparently, Exhibit B has a thing for crashing birthdays because today, Independence Day, the Fourth of July, The US’s birthday, Exhibit B showed up IN MY BEDROOM.

Exhibit A was in hot pursuit. Exhibit A got his furry ass thrown into the bathroom.

How do you convince a very small creature who is scared out of his mind and doesn’t speak Human that he’s in good hands, but needs to fly just a little lower?

How do you gently shoo something that weighs a tenth of an ounce without causing physical harm and or Post Traumatic Stress Disorder? Try 10 minutes of waving a towel and a pink plastic cup (it was in my hand. Don’t judge). 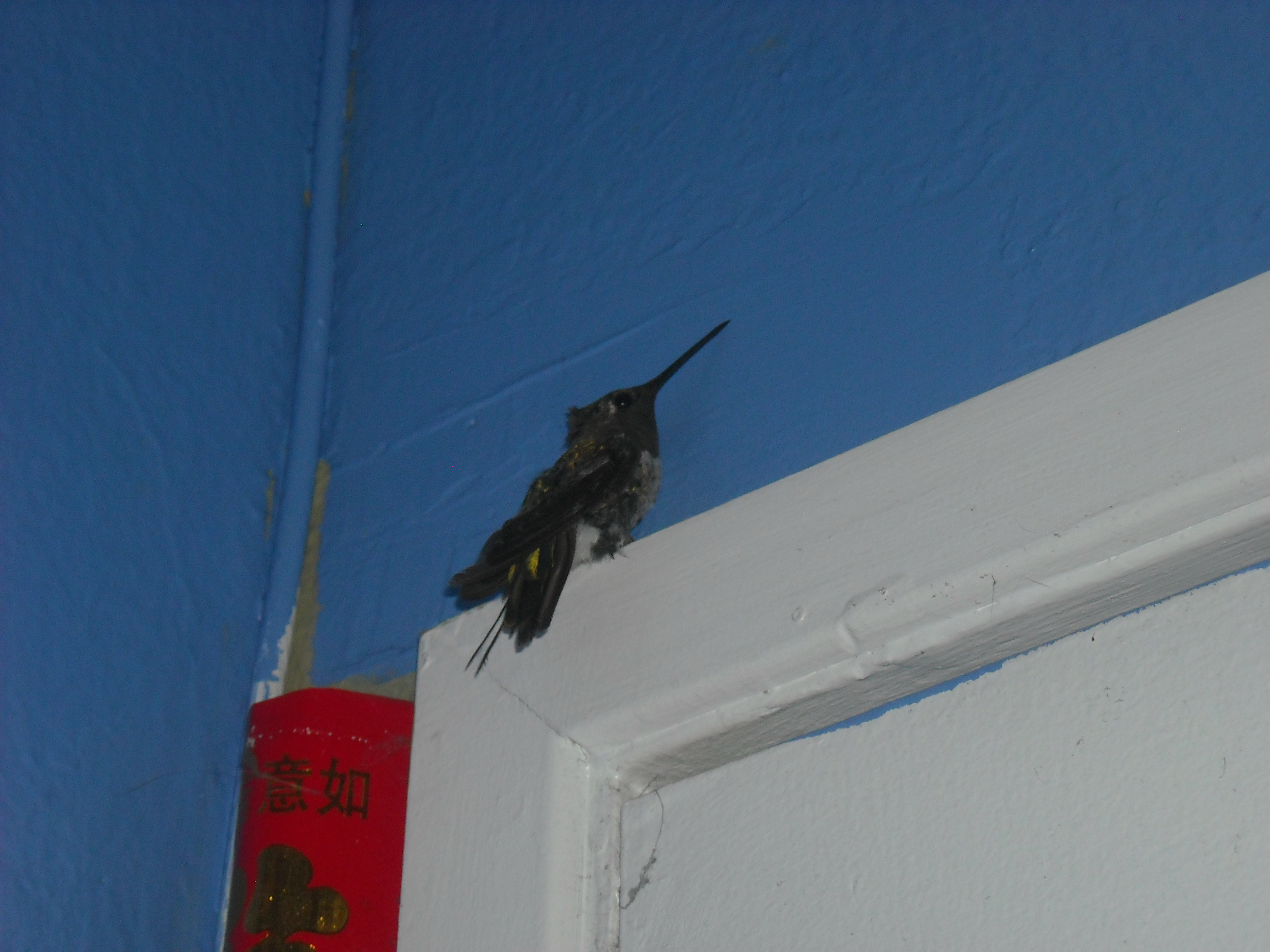 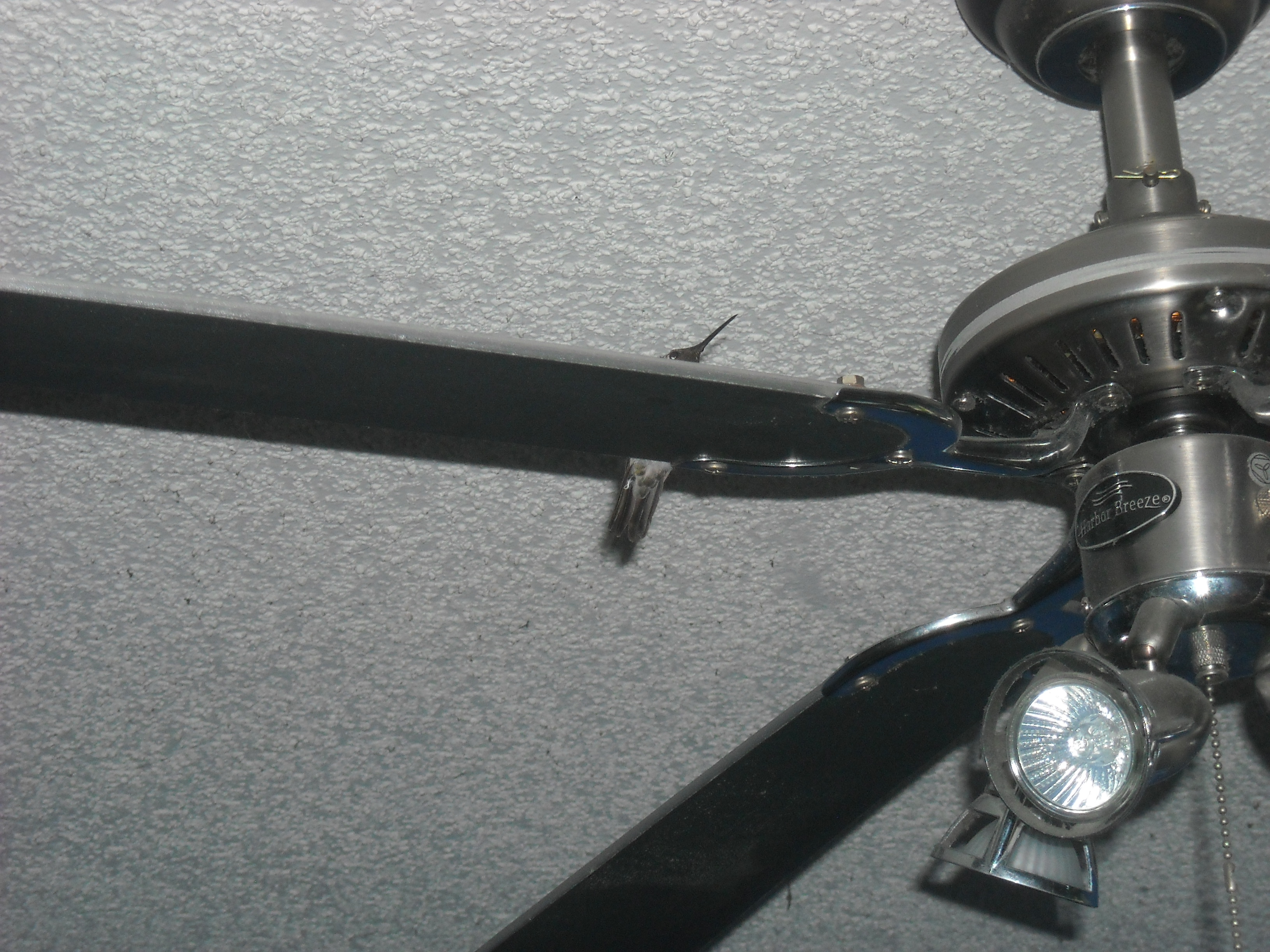 The stopped ceiling fan proved to be a nice safe perch for him and yes, he did eventually fly away.  And Tiggers was released from the bathroom.

After the close encounter, I looked up the meaning of hummingbird as an animal totem: “The symbolic meaning of hummingbirds differs from regions. However, in the Native American culture it symbolizes timeless joy and the Nectar of Life. It’s a symbol for accomplishing that which seems impossible and will teach you how to find the miracle of joyful living from your own life circumstances.”

Be joyful. And try something impossible.