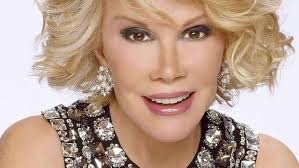 She’s said a lot of stuff with which I don’t agree, but Ms. Rivers has been one of my stand up comedy idols since I watched her on Merv Griffin ,with my mom (and even though we exchanged on phone call in 4 years before she passed, she was still MY MOM. I miss her, but the emotional distance was necessary. I digress). Joan told one of my all-time favorite jokes on the old Flip Wilson Show: “I bought a waterbed to , you know, spice up my sex life. Edgar stocked it with trout.”

Now THAT’S great writing. Losing Joan so soon after losing Robin would be a hard thing to take. She’s been eternal for years. 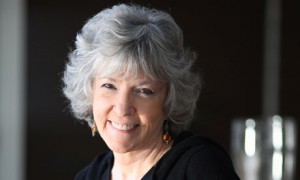 This is Sue Grafton of the alphabetical mystery novels (“A I’d For…”) featuring Kinsey Milhone, a medical examiner. Her work is carefully researched, well written, and has made her a very wealthy woman.

Last month, the Facebook independent (generally romance) author pages were on fire with denunciations of Grafton for calling  self-publishing authors “too lazy to do the hard work,” meaning perfecting one’s craft, dealing with rejection, and going back to Square 1. It should be noted that Ms. Grafton’s first 3 novels were rejected for publication.  She went on to describe self-published works as “often amateurish.”

The dumbass thing about this “controversy,” as with other notable blowups on Facebook, her remarks were over two years old when the author groups got roiled in Zuckerworld.

Lazy? Allow me to share a one star review of her most recent entry in the Kinsey Milhone universe, “W Is For Wasted”:

“Golly, I wish I wish I had the hours I spent slogging through this book back. I kept hoping it would get better…and it didn’t. Here is a book desperately searching for an editor. The story, trite and predictable, slogged along for four hundred pages. Then, it was like Ms Grafton realized she was nearing her page limit and hurriedly wound up the story by introducing new characters and tacking on an epilogue. So sad a wind-down for a once great series.”

And there’s Jodi Picoult weighing in, also two years ago, also not a fan of self-publishing. 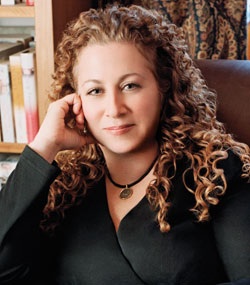 She said NOT to self-publish because “it’s already too hard to separate the wheat from the chaff.” Ms. Picoult is know for her literary and deeply emotional novels such as “My Sister’s Keeper.”
Here is a one star review for “The Pact”:

“Not only is this book painfully boring but its so far fetched. Without spoiling it, you grow to hate the main character Emily vs feeling sorry for her. Seriously do not waste your time.”
Would this be considered wheat or chaff, Ms. Picoult?

I don’t completely disagree with them, though…

As mentioned, I belong to a number of author groups on Facebook, mostly dealing with romance (because that’s what I’ve written so far). The great blessing of online publishing technology is also its curse: anyone can now publish.

I see Facebook posts that demonstrate the author doesn’t exercise a fifth grade level aptitude for spelling, grammar, sentence construction. The big issue (especially for me) is the total failure to use the correct homonyms in a sentence. I have seen authors turn into drama queens over bad reviews that cite their poor language skills. These same authors cite their degrees in writing as proof the critics are wrong. Of course, the rest of their sorority rush in to comfort and defend. I sit back and watch a train wreck of inexcusable spelling, usage, punctuation…everything the one star review cited.

I’ve mentioned the Facebook bad English and it gets dismissed with “Oh, well, that’s just Facebook.” I see.

So, as your “friend” on Facebook, I am not entitled to your best efforts at writing? That’s insulting.

Just because someone has read dozens,if not hundreds, of novels, doesn’t mean the reader has absorbed the skill of the writer. The success stories of Stephanie Meyers and E.L.James (first time novelists strike gold) combined with the ease of e-book publishing has led to legions writing and publishing their own offerings with varying degrees of quality and success. There is wheat in self-published works, but there is also a shitload of chaff. One author, writing “erotic” fiction (you’ll understand the quotation makes in a moment) put up a promotional teaser for her upcoming book. A lot of us do it (We independent authors have to do our own marketing and publicity, unlike, say Sue Grafton, who works with a publishing house that has a department that handles all that for her). However, this teaser had language describing a sexual encounter that involved “contracting bladder muscles.” This is as off-putting as the time I read a short story in Playgirl (I sold them a couple of stories) that had the narrator talking about her “global breasts.” Really? Those knockers travel the world without you? That must hurt. “Globelike” or “globular” were the appropriate words, but I wouldn’t choose either for a sexy description of a round, firm, yielding breast, glistening from the bath water, making him long to trace his fingers from the hollow of her neck down to the pink, inviting nipple, and lower….

Actually, Ms. Grafton’s “lazy” comment was directed at newbie authors who turned out a book and felt entitled to overnight success simply because they had published fan fiction of the latest sensation. I have seen the wailing Facebook posts wanting to know why, why, why, hasn’t their book cracked the Amazon Top 100 of their category. They also bitch about bad reviews (Sack up. It’s like bad calls in baseball; part of the game. And the critic may have a valid point).

Going the traditional publishing house route has become as difficult as being elected Pope. Houses have merged or been bought up by media corporations and the emphasis has shifted from discovering new voices to guarding the bottom line. If you go through the “Writer’s Market,” you’ll see “no unsolicited manuscripts” or “agent only” submissions for the big players and even the smaller regional houses. Tom Clancy, the insurance agent who sold a manuscript for “The Hunt For Red October” to the Naval Academy Press, wouldn’t be able to get a foot in the door of Putnam, who published Tom Clancy, author of blockbuster military thrillers, the first of which was “The Hunt For Red October.”

Were it not for the self-publishing ease of Createspace, I would not have books to offer. I like to think mine fall I the “wheat” category as opposed to “chaff,” but we all do (even those who don’t understand the phrase). I’m grateful to have it available. I have control over the process, I take in a far greater percentage of the sales, I’m in charge. Would I trade it for a traditional arrangement with someone else taking care of printing, formatting, and publicity? Offer me an advance and we’ll see what happens.

Bottom line, as much as I think Grafton and Picoult should have perhaps been more delicate in their disparagement of bad writers and their expectations, they’re not completely wrong.

Of course, if they read MY works, they’d doubtless hail my pioneering efforts to create the “real love” genre.