People are amazed and impressed when you write a book.

“Oh, my God!,” they say, “ You must LOVE to write.” They see us author types as constantly, happily bent over a keyboard madly pounding away in a frenzy of verbs, nouns, maybe with a little sex (“Sullivan’s Travels” reference. Great movie and you’ll see lots of nods to it in “O Brother, Where Art Thou?”) , emerging from solitude happy, exhausted, disheveled, malodorous (because we’re so busy creating that we forget to bathe) clutching pages and pages of glorious word art. “I could never do that.”

Well, between you and me, based on emails and Facebook, the basics of English composition and grammar plumb evaded them. “Lie” is fast fading as the correct verb for putting oneself into a horizontal position; the bastard “lay” is usurping the throne. YOU LIE DOWN. THE DOG LIES DOWN. I LIE DOWN BECAUSE I HAVE A POUNDING HEADACHE FROM ABUSE OF THE WORD “LAY.” There is a reason, People, that the phrase is “get laid,” because the seducer is laying you (putting you horizontally) down on a bed. (And all you smartasses who want to snigger and post comments about various positions – don’t even thi…well, wait a minute. If they’re good comments and get some attention…NO! EXTREMISM IN THE PURSUIT OF GOOD WRITING IS NO VICE.

It may be a losing cause, but I’ll continue to fight a rear-guard action like the Spartans at Thermopylae. 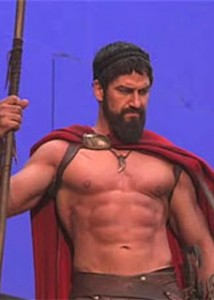 Where was I? Ah yes, writing.

I do not happily pound a keyboard. Years of pounding keyboards for a living plus being enough of a klutz to have fractured the navicular bone in both wrists have made the actual typing of writing somewhat uncomfortable and stirs up carpal tunnel-like symptoms. Y’all can imagine how much fun that is.

I do write during the weekday. I make terse, yet helpful comments on mortgage loan files. I write short, clipped sentences about homeowner’s insurance, disclosures, and whatever else I spot. No, “Hortense pondered what to write on her application. Would they believe she could afford a $500,000 house on a McDonalds part-time salary which her mom was actually buying as an investment?” (No. I can read.
And I have common sense)

It has been three and half years since I published my books and I have fragments of other stories and notes for still more on various hard drives, scribbled in what appears to be a lost alphabet of Middle Earth in fifty-cent composition books and sheaves of paper locked in a small filing cabinet 3,000 miles from me. See me rushing to retrieve it so I can continue my work? 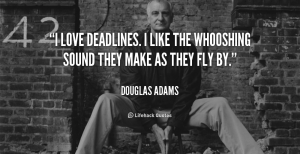 After his death, Douglas Adams’ computers (he had several) were searched and a host of story fragments, imaginary interviews and other intriguing tidbits were found. I can relate.

I’m not lazy so much as I excel at procrastinating. And it’s fun. Suddenly, sorting through beads, completing my tax return, playing endless games of Spider Solitaire (although that’s how I do my thinking for writing. That’s my story and I’m sticking to it. Alternative fact), doing laundry, all become absorbing and fascinating when the alternative is to transfer thoughts out of one’s head and into a medium where other people can see it. Unless those other people are psychics and I’ll just sit still and let them read the story in my head because my “process” (Ewww, how hipster and arty) is that I “watch a movie” of the story in my mind’s eye, then try to retell it to the reader. That’s the sucky part right there.

“Drinking,” you say. “The great writers drank.” Yes, and died of cirrhosis, suicide, cancer, being totally broke and homeless because they drank all their royalties or an ex-spouse got them in one of your divorces (Glenda? Theresa? Charles? I can’t remember)

“Well, how about one of those voice to text softwares?” Yeeeah. Right. Until I get a story rolling, I feel disconnected* (“disconnect is a verb. Not a noun. Another losing battle for me) from what I’m doing. I have to start in longhand until things establish themselves. I shit you not. It’s like putting a standard transmission in first gear and rolling down hit until you hit 5 to 10 MPH then you pop the clutch. With the voice to text dictation, you have to also include the punctuation as you dictate. Doesn’t make for the greatest flow, “Jerry slid his warm [comma] long[dash]fingered hand down Luella[apostrophe s] silken thigh [period][quotation marks] [capital M]y darling[‘comma] {quotation marks] he whispered[comma][quotation marks] I want to put my [laughable euphemism for genitals]

You get the idea.

However, if I do not write all these “movies” I have inside me, I will kick myself. Hard. Very hard. I think they’re good. I think you’ll like them. However, there is a pregnancy and labor of undetermined duration to undergo before they emerge, covered in goo and screaming for attention, into the world. (And then it’s time for the Amazon reviews to show up. Oy)

Or as is more often the case, it’s like passing a kidney stone. 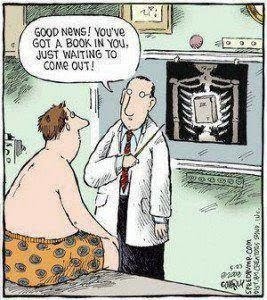