These are samples of the bracelets I make and sell. So is this: 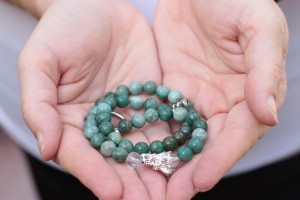 I was going to start a GoFundMe. I decided against it.

I’m doing this to sell merchandise (books and beads). Okay, so I’ll sell the merchandise.

On the “Buy It Now” section, you can order autographed copies of my books. If you like the bracelets (those are for anti-anxiety, self-esteem, anti-migraine. I can make general healing with some drop-dead gorgeous amethyst and hematite). I can address your issues with stones.

And the dragon is cool. The dragon’s blood jasper inspires courage.

The bracelets? Right now, $50 for the single strand and $65 for the dragon (double strand), but I’m open to negotiation. 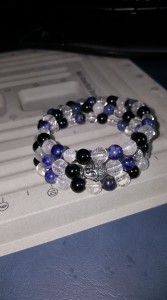 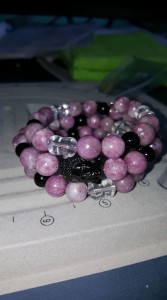 Yeah, I owe you two posts. NOT THAT ANYBODY COMPLAINED!!!!

I did an interview with the Hangin’ With Web Show and it will be up on Youtube tomorrow! 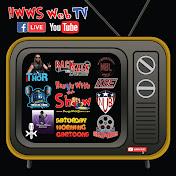 And Wednesday, April 25, 2017 (aka TOMORROW) I will be LIVE on Facebook, you can come hassle me at BookRhythm’s Night of Romance live event:

Plus, Affaire de Coeur magazine has been tweeting me up all over the place and… Monique DeSoto.  Monique. Yeah. We’ll talk about her later.

Post #2: So What the Hell Have I Been Doing?

I have been doing some non-book stuff. I make bracelets for healing. They look like this:

Both are anti-anxiety. The left is made with lepidolite, which is more of a mood stabilizer. The right is sodalite to fend off anxiety attacks. 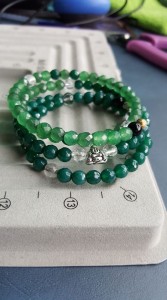 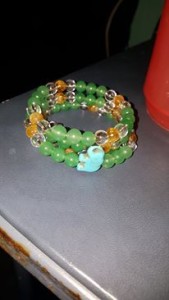 These guys are for prosperity. Both are made with green aventurine, which attracts prosperity. 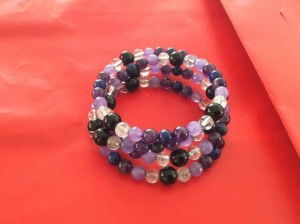 Courage: dragons blood jasper and dragon head bead. This stone is new to me. I love it.

All for sale. Inquire within.

Besides that, I rewrote a friend’s resume and edited a couple of stories.

And baked a ham.